“I lost my last border collie, Dexter at the end December 2012. I had just lost my business and a few weeks later my partner of 9 years and I separated.

It was a very hard time for me. 6 months later, still under the effect of the black dog. I started my search for a replacement. Kelpies were on the list but my heart kept coming back to border collies.

Ink was not easy to get. He is a purebred from Ancrum Border Collies in the southern highlands. In fact we thought the breeder had decided to place him with someone else. The breeder only breeds once or twice a year. All his sisters were exported.

He has had a pretty tough life for a dog so well bred. At age 18 months I threw him a stick at the park here in Balmain. It pierced the roof of his mouth and went behind is larynx. He came very close to dying.

At great cost he was saved, but this came with the loss of a lot of confidence. The wild young dog had become a timid little boy.

With lots of attention he is only just now starting to really get back the zip that he used to have. Rounding up dogs, not shying away from others and nipping at dogs who run up top him too quickly.

He has a cat as well. Sugar, she is a few months younger than him. Unfortunately she decided to disappear during the photo shoot.

Other than swimming and eating. Inks favourite thing is protecting sugar from the evil grey cat that comes into the garden to beat her up. Inky will often sleep at night on the roof, just to be able to get closer to the routes that grey cat takes to harass his baby Sugar.

As for the name. He got his name from the breeder as front right paw is jet black and looks like it has been dipped in ink or he has a sleeve tattoo. We added the y as shouting ink down at the park comes out hard on the back of your throat. Ink or

. I will always own border collies. They suit my lifestyle and temperament. Loving but full of action, unpredictable but intelligent. He has never had any real training. He walks off lead, understands heaps of words and is a sucker for a little toddler that he can sneak up on and lick on the face. He’s the best. Not a day goes by when I don’t get a compliment for having the most beautiful dog they have ever seen.” by Dan 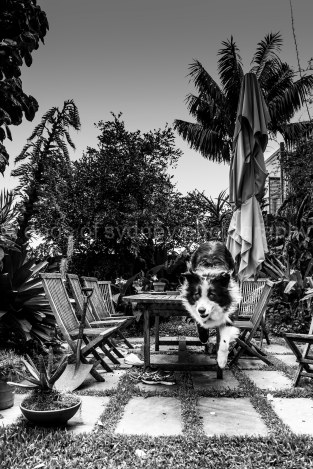 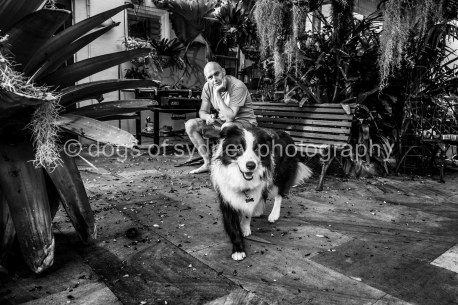 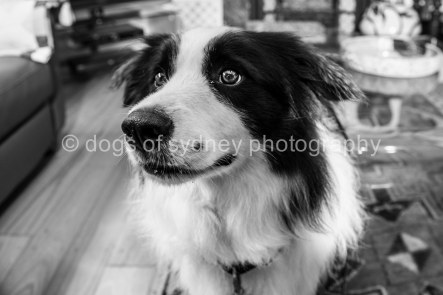