“I [Brigitte] grew up surrounded by animals and have always have a great respect for them, so after moving out of my family home with my partner Hayden a few years ago, I always felt there was something missing (in the shape of something small and furry!). Due to my strong love for pugs and all their flat-nosed friends, my mother and Hayden decided it was time for me to fill that gap. Bowie was born on February 27 2016 and is now 6 months old. He was found through a breeder south of Wollongong and brought home in April and we couldn’t imagine life without him now. He is super cheeky and has so much personality- he is constantly making us laugh! He absolutely loves food and will eat ANYTHING… He does get especially crazy for a Woolies BBQ roast chicken though. Aside from sleeping and snuggles, Bowie’s other great love is playing games. He will take up any opportunity for a game of chase, and will regularly engage himself in a round of burn-out around the house, circling around the coffee table or over the couch. If he’s not running, he’s probably chewing on one of his favourite toys… he has a whole box full, yet he’ll often opt for something he shouldn’t, like a water bottle or some misplaced laundry; just to start another game of chase of course!One of our fondest memories so far was when he was only a few weeks old and still couldn’t manage the stairs. I had to run down stairs to grab something and he finally decided to have a go… When I made it half way back up the stairs I noticed Bowie with his front two paws on the second step and his back two still up the top. Although he couldn’t quite work out how to get the back two feet down afterwards, so he kept flipping them up into the air and doing a hand stand on the first step. Quite the talented little pup he is! I wouldn’t change a thing.” by Brigitte 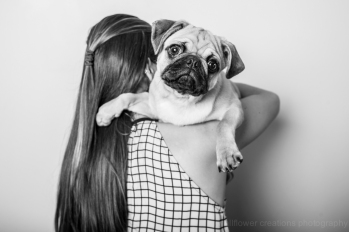 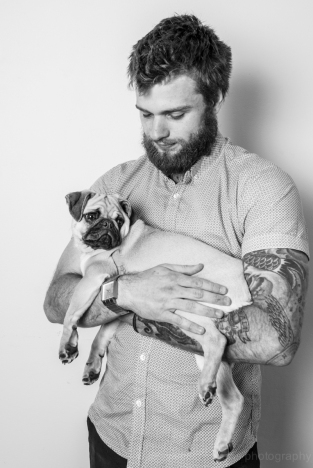 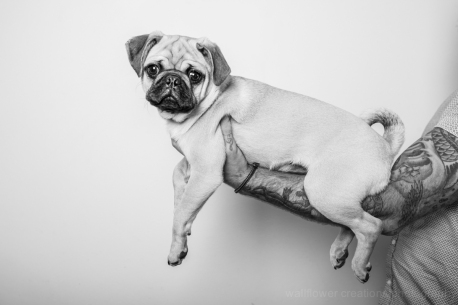 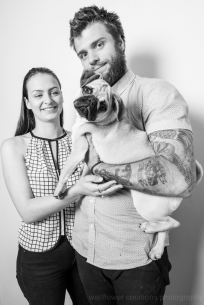